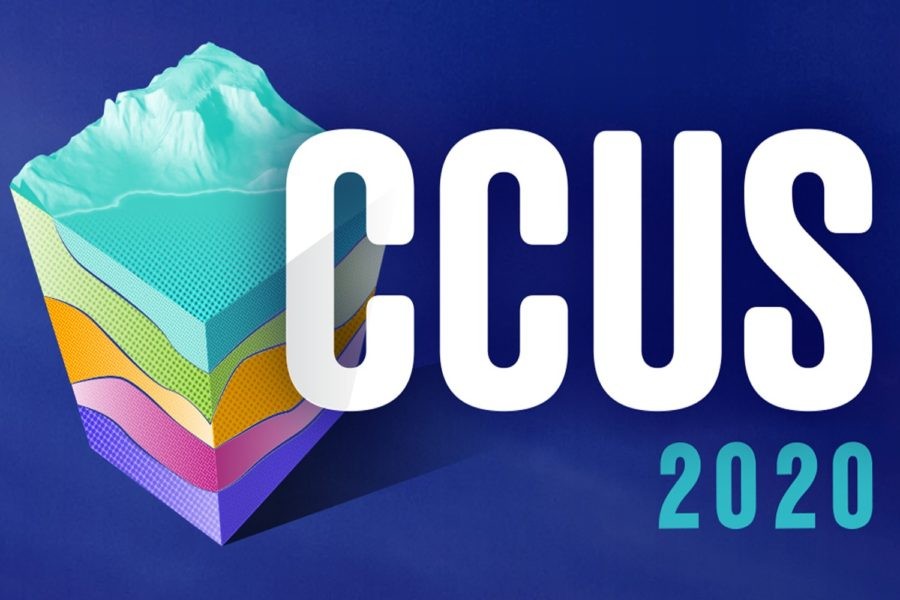 Following on from the recent blog about acceptance of CCUS in Japan, it was the UK's turn to discuss the public's attitude to carbon capture and storage at the CCSA's annual CCUS 2020 conference.

Presented using the event app Whova, like all conferences in these post COVID times the event was hosted virtually – but the slick presentation via specialist app Whova meant it was easy to keep track of the sessions, and ask questions along the way.

Kwasi Kwarteng MP gave a speech in the opening plenary and noted that CCS is an essential tool to enable the UK to get anywhere near its net zero ambitions in 2050. To have the minister for BEIS as a keynote speaker was encouraging for the CCSA – and his positive comments were a real boost for the industry that signal the UK Government's intention to invest widely in CCUS over the next decade.

On day 1 of the conference was the debate: Building public acceptability for CCUS. Vicky Copeman of ERM chaired the panel and initially noted that there was a real upturn in momentum, in particular the announcement of the Government's 10 point plan. But there was work to be done to build public trust and understanding, and how CCUS fits into net zero plans.

Nick Pidgeon of Cardiff University noted he had worked on many public consultations on CCUS in the past decade. There was now a large amount of concern about climate change, but not much knowledge of CCUS. Once people had heard about CCS, and considered it, they could see both positives and negatives to the technology. He claimed people do see CCS as a way of repurposing the oil and gas sector, but there were some environmental concerns, like potential for offshore leakage. It was also important to consider the argument that CCS was only a "sticking plaster", by perpetuating dependence on fossil fuels – that CCS doesn't get you transition to renewable energy. But at a more local level, particularly where CCUS clusters are planned such as Net Zero Teesside, there was more subtlety. Jobs were a factor in considering if people thought it was good idea or not.

Next to speak on the panel was Kirsty Lynch of Pale Blue Dot – an experienced communications professional who had worked on many previous campaigns. She echoed Nick's consideration that there had been a real shift, in the UK and globally, about awareness of climate issues. This was an important context for CCUS. But this hasn't translated into knowledge of CCUS as a whole amongst the general public. There was work to be done to understand CCS, particularly in an underground space.

Kirsty commented on the "sticking plaster" idea – that it was more at a national or international level of concern – the fundamental issue was to get across the scale of the climate emergency. And one thing to consider was the scale of CCS technology and how it can help CO2 emissions – that it is a permanent solution that will help sustain industries that we don't want to lose. CCS was now being positioned as part of the green recovery story which was a big plus.

One aspect which helped with the interactive nature of the session was an online question system. Delegates were asked their opinion on what the general public thought about CCS. Bronwyn Purvis of ERM noted that there was a low level of delegates thinking that the public thought positively about CCS. The most popular position amongst delegates was that the position was unclear about the overall opinion of the public, which underscored the need to have discussions such as these.

Marian Troyof SSE Thermal noted that government needed to have the overall policy and enthusiasm for CCS, which it felt like they were now doing. SSE Thermal as a company was behind CCS, and felt it had great potential. She concluded that industry association and conferences like CCUS 2020 were a great way to share knowledge.

Next, the debate moved into considering the various stakeholders in communicating CCS to the general public. Kirsty Lynch considered that a groups like the UK Climate Change Committee have an influential role about how CCS is received. Industry could get projects up and running, but to improve people's understanding , it was key to actually demonstrate how CCS can make an impact on carbon emissions. In the Acorn project there was an active community engagement project, and whilst there was initial lack of awareness of the technology, until Acorn explained the technology and how it works. The reaction to this was relatively positive.

Nick Pidgeon gave an interesting comment about who people trusted to deliver the news. He noted it was more likely that government and regulators would be trusted, and gave an example of the COVID-19 vaccine being approved by regulators. With a number of environmental organisations in the UK seeing the climate change problem as extremely important, he said these groups needed to be brought into the conversation.

With groups such as Extinction Rebellion, the panel noted that they have rightly said that the climate emergency is a big problem, with many potential solutions. The panel asked how should we best involve and engage with them on CCS? In another online vote, the panel saw that the attendees voted the media as being highly influential on public opinion. Kirsty Lynch was surprised by this, as she mentioned the UK Climate Change Committee – and noted that it is very influential within the NGO community. So it was important to get acceptance of CCS from these groups. In comparison, Nick Pidgeon felt that independent science groups would be influential.

The panel looked at the key actions that needed to be done in the near term. Marian Keys felt government needed to be clear on their ambitions, and share info with the public about impacts, costs, and benefits etc. Kirsty commented that she agreed with Marian. She felt it was important to be crystal clear that CCS gives options to decarbonise areas of society which are very difficult to decarbonise. CCS should be positioned as a technology that can have a serious impact on climate change.

Nick Pidgeon noted that for long term engagement, safety would be very important. It was critical for people to see that projects can be operated safely, and CCS has to be part of wider thinking about change in the system. Showcasing real projects would help with understanding, not just in local communities but nationally also.

Kirsty Lynch commented that it was essential that there was enough interest from the public at large. In the past it has been easy to lose CCS from the agenda but keeping it on the national agenda was important. Projects will take off if the communities affected by CCS projects are engaged with in a positive manner.

Nick Pidgeon replied that the national conversation really sets the frame, but the detailed work goes on at a local level. The issue of fairness was an important one – change has to be fair, and not be seen to disadvantage local groups.

The debate ended on a positive note; the delegates were asked how confident they were that CCS can be positioned positively amongst the general public – and the majority were very confident that this could be done.

Overall, the debate was a lightning run through the many different issues faced by all stakeholders in communicating the positive aspects of CCS to a wider audience. Whilst it was considered that there is a long way to go to get to the position where CCS is viewed positively by the majority of the public, the panel and the debate's attendees were very confident that this could be achieved, with all stakeholders working together to achieve that goal. The conference recordings have been made available for attendees for 6 months following the event – please visit the CCUS 2020 website for more information.

Related to the social science on this topic, IEAGHG held a series of Social Research Network meetings, which aimed to foster the conduct and dissemination of social science research related to CCS in order to improve understanding of public concerns as well as improve the understanding of the processes required for deploying CCS projects. More information can be found via the Technical Report 2016-02 IEAGHG 5th Social Research Network Meeting.