It was very interesting and an honour to organise for NETL an international panel on value chain developments, for the morning plenary on the 29 August. It was also a challenge, given the range of possibilities in the definition of 'value chain' due to the range of industry sectors which CCS can be applied to, each with different business models, and that is without also considering the wider-socio-economic aspects.

For the panel, I was fortunate to get some real experts with different perspectives. From Norway's Bjorn-Erik Haugan (Gassnova) and Philip Ringrose (Equinor) we heard about the Norwegian Integrated CCS Project, whose longer-term value chain includes receiving CO2 from other countries in Europe. And of course, for that, we need the London Protocol's export amendment to be addressed as proposed by Norway (see IEAGHG Information Paper 2019-IP11). So it was very reassuring to hear that they are indeed getting interest from CO2 sources in Sweden and France.

From Japan, Katsuya Ishikawa of KHI described the "Hydrogen Energy Supply Chain" being developed to produce hydrogen from Australian brown coal with CCS, exporting hydrogen from Hastings in Victoria, and shipping for use in Japan, importing at Kobe. A pilot phase will demonstrate this supply chain by 2021. Tests are underway getting on the capture technology using amine solid sorbents, at the Integrated Test Centre in Wyoming.

Geoff Bongers of Gamma Energy technology, Australia, described his 'System Cost of Replacement Electricity' methodology for valuing low carbon technologies on the electricity grid, which includes system dynamics (which LCOE -Levelised Cost of Electricity doesn't). He described this assessment comparing CCS on coal with wind and solar pv in the Australian grid, which shows that for emissions reductions greater than 40% CCS on coal becomes the least cost option, which an LCOE assessment does not reflect.

As well as the business/economic-based considerations of value above, we saw some very interesting work on the socio-economic value of CCS by Piera Patrizio of IIASA. Her work looked at how to include the wider social benefits of deploying carbon mitigation technologies such as CCS in the US coal sectorusing the 'Jobs and Economic Development Impact' (JEDI) model. A striking figure to come out was that if the US coal sector was to meet a 2C scenario by 2050 using CCS would create an extra 22,000 jobs as well as preserving 40,000 jobs that would be otherwise lost due to the coal fleet retirement. The same analysis produced similar results when applied to Poland and the UK. This work shows the value of looking at social value maximisation as well as least cost decarbonisation.

To start the panel, I provided an introduction on the global context, making a distinction between creating value chains in the power sector a by drawing upon work by IEAGHG and the International CCS Knowledge Centre, and potential value chains for other industry sectors drawing upon recent work by Element Energy. Of course, in the US there is value being created by the US's tax credit 45Q which generating a high level of interest from companies, and this had been presented and much discussed all week.

At IEAGHG, we are working on the topic of the value of CCS. We looked at business models for industry clusters in our report Enabling Deployment of Industrial CCS Clusters (IEAGHG Report 2018-01 by Element Energy). We have assessed the benefits of CCS in lowering total system cost in a report Valuing Flexibility in CCS Power Plants (IEAGHG Report 2017-09 by Imperial College). We are going further on that topic to look at broader perspectives on system value of CCS, including how to reward such value, and how to better define and communicate the value of CCS.

So a most interesting panel on a very important area, which generated good questions and discussions that continued in the margins for the rest of the day. The presentations will be made available on https://netl.doe.gov/events/19CCUSOGT . 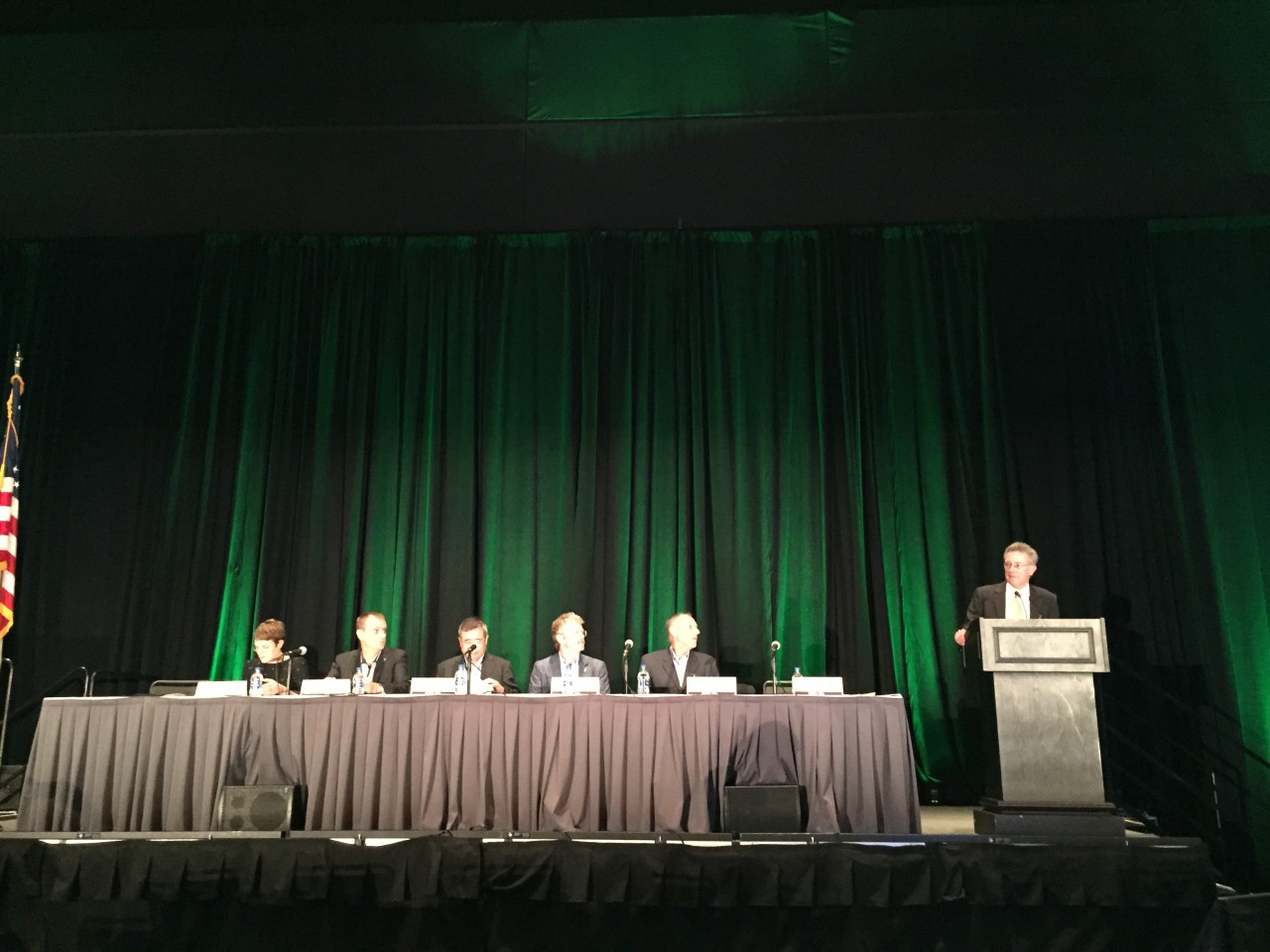