The two US projects in the Gulf of Mexico held their first Annual Meeting in Beaumont, Texas, on 11-12 February. The GomCarb project is led by BEG at the University of Texas covering the western Gulf of Mexico, and theSECARB Offshore project is led by the Southern States Energy Board covering eastern Gulf of Mexico, both quite large consortia partnership projects funded by US DOE to progress the potential for offshore storage. The projects' objective is to develop partnerships which will work on storage assessment, risk assessment and modelling, identifying monitoring technologies for offshore, infrastructure re-purposing (pipelines, platforms, and wells), regulatory considerations, and knowledge dissemination and outreach.

Also of great interest in GomCarb was the LBNL work using their T2Well modelling software to compare CO2 well blowouts onshore and offshore., early results showing more similarities than differences despite the wellhead pressure difference due to the water column, most differences being in dispersion mechanisms of leaked CO2.

The work planned in SECARB Offshore includes review of natural cold seep hydrates, such seeps are the source of some 47% of crude oil entering the marine environment, and Aker's subsea hardware for CO2 processing for CO2-EOR at the seabed and also being assessed for the Norwegian Northern Lights Project.

It will be worth following the progress of these two new projects. We saw the injection projects and benefits produced from similar partnership projects under the onshore-based Regional Carbon Sequestration Partnerships.

The meetings concluded with a field trip to understand the geological depositional environment of the Gulf of Mexico and its relevance to CO2 storage (thanks to Rob Finley) and a fascinating tour around the Cheniere's Sabine Pass LNG facility. This new facility is built to export shale gas LNG around the world, and is the largest LNG facility in North America, its four LNG trains (soon to be six) filling 4-6 ships per week with 160m3 each, and a source of CO2 of around 500-800kt CO2 pa. An impressive facility and nice hospitality, thank you Cheniere.

For more information see the project websites at http://www.beg.utexas.edu/gccc/research/gomcarb and https://www.sseb.org/programs/offshore/. 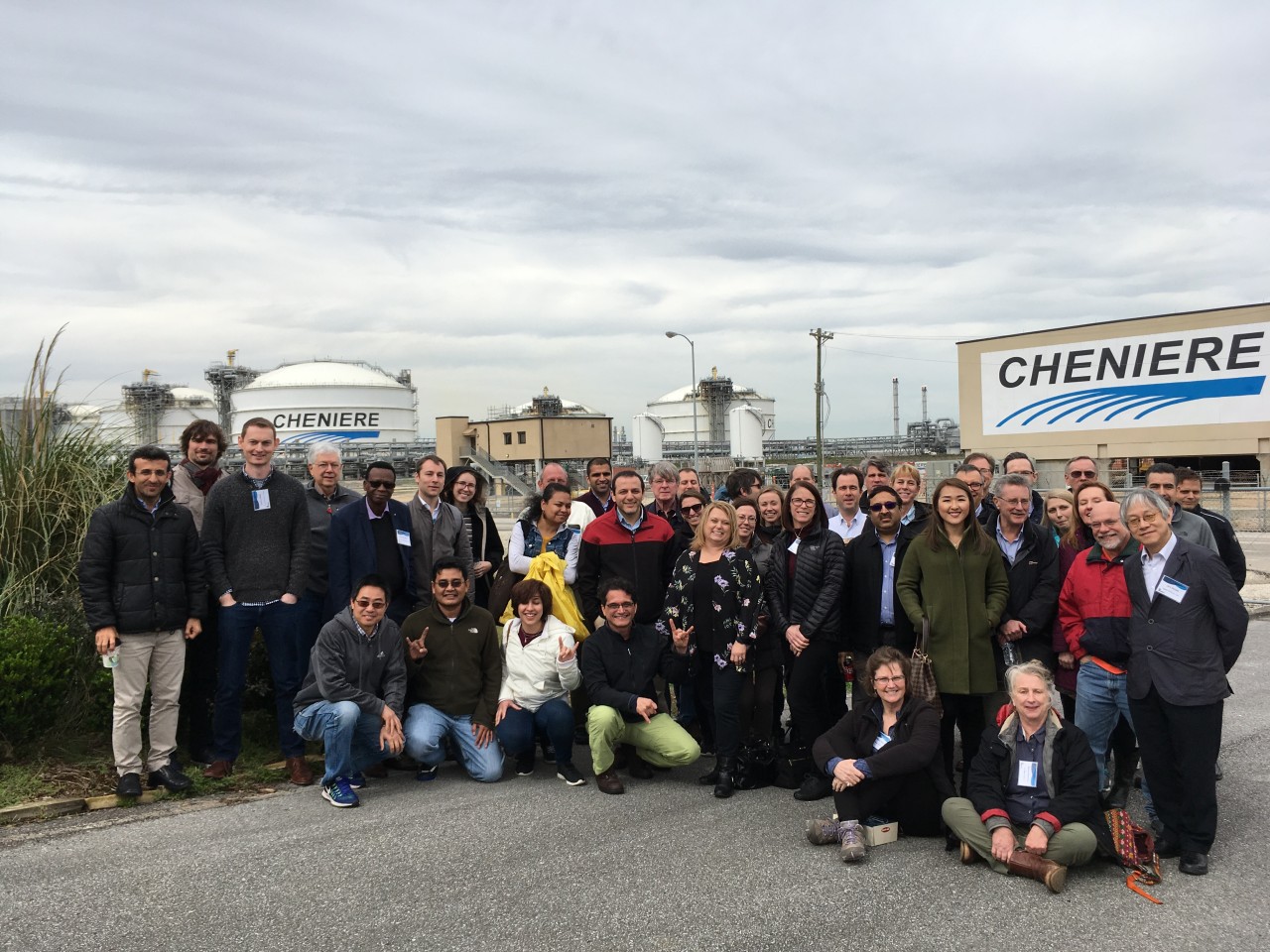