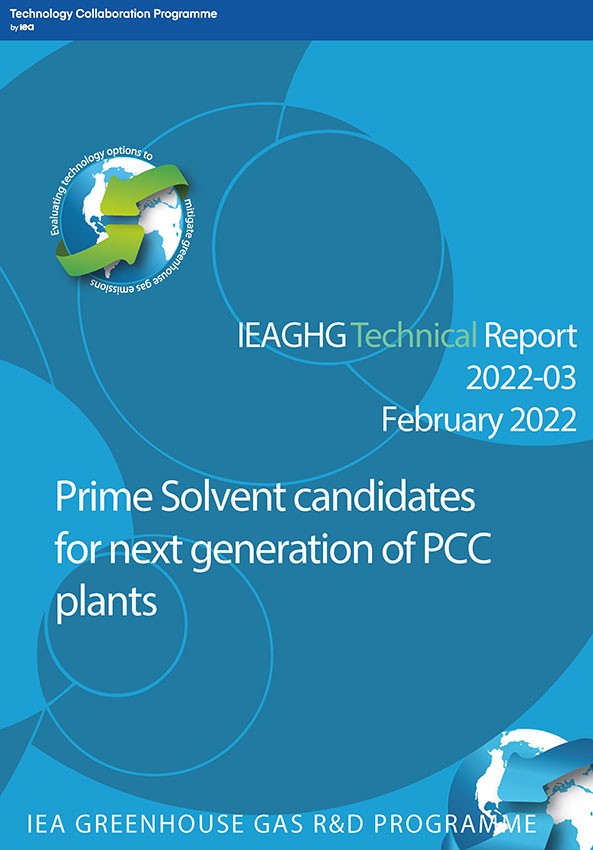 Research, development, demonstration, and deployment of advanced solvents is at the forefront of decarbonising the fossil fuel combustion sectors with the aim of making solvent-based CO2 capture more competitive in a net zero economy.Considering the extensive research in solvent design and development, a rapid and reliable screening protocol is imperative for new solvents and process configurations to be ranked against existing systems.

In light of the importance of vetting promising solvents for PCC, IEAGHG commissioned this study: ''prime solvent candidates for the next generation of post-combustion carbon capture (PCC) technology 2022-03, March 2022''. The main objective of the study is to conduct a comprehensive assessment of the promising PCC solvents and process designs to accelerate the deployment of CO2 capture technologies. This study further provides an analysis of the enhancement of PCC solvents and their potential functionality under standardized metrics to measure the solvents performance and their impact on capture costs including both capital expenditure (CAPEX) and operational expenditure (OPEX).

An exhaustive literature survey of solvents for PCC led to the creation of a solvent database named CO2SOLV which comprises of 842 entries of various type of solvents that include aqueous amine solvents, solvent blends, water-free/water-lean solvent and biphasic solvents. It contains detailed properties of >107 solvents plus several process configuration and modification schemes. This database includes publicly available information on installations testing solvents (at large, pilot and lab scale) for PCC, in addition to solvents reported in scientific publications and patents. This study developed a decision-matrix-tool to enable the comparison of the different solvents and processes based on Key Performance Indicators (KPIs). This performance indicators include monetised and non-monetised parameters/variables such as cyclic absorption capacity, heat of regeneration, solvent viscosity, enhancement indexing, heat capacity, degradability, surface tension, solvent cost, absorber sizing, reboiler temperature, among others.

This key messages from this study are as follows:

To request a copy of the report, please email This email address is being protected from spambots. You need JavaScript enabled to view it. with the report reference number (2022-03).